Star Trek: Discovery came back from its midseason break recently with a bang, giving us “All In,” one of the most memorable casino episodes in Star Trek. But it’s far from the only episode that has given us a compelling glance at entertainment venues of the future. With that in mind, let’s take a look at the top five bar and casino episodes of Trek. 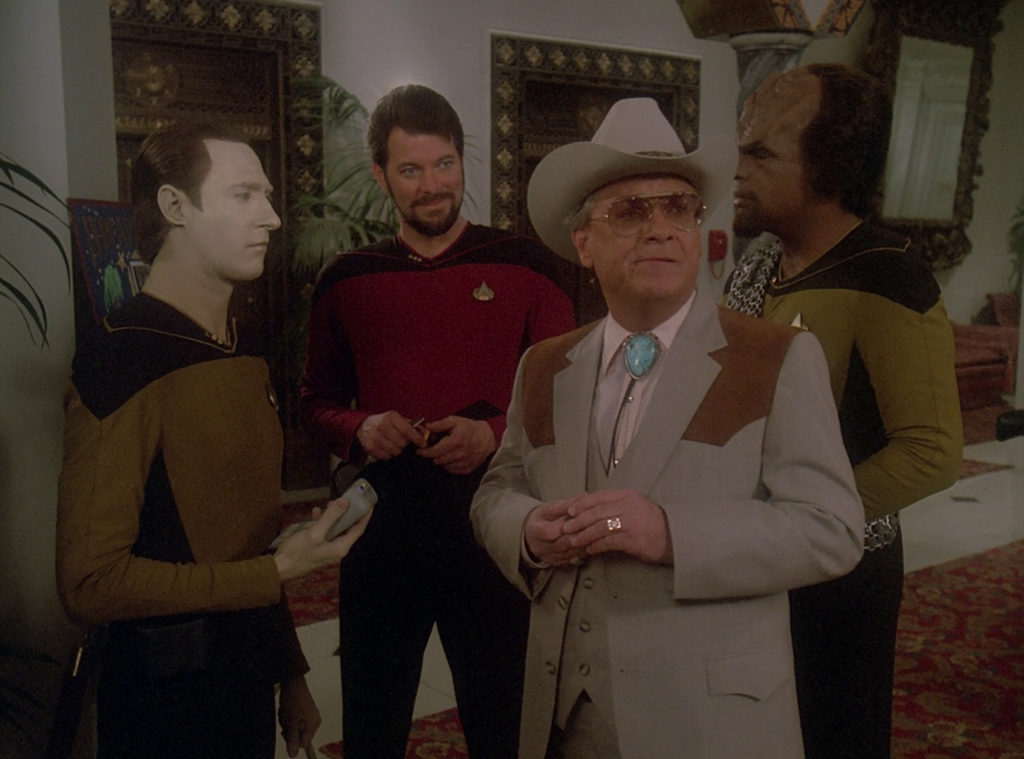 This season two episode of Next Generation takes place in a recreation of a Twentieth Century hotel and casino that’s basically just floating out in the middle of space. After discovering ancient NASA debris in the atmosphere around the inhospitable planet Theta 116, Riker, Worf, and Data beam down. Once there, they enter the casino and soon find themselves trapped inside, unable to leave. Ultimately, they figure out that the events unfolding within the building are based upon the plot of an Earth novel, and they play along in order to escape, uncovering the body of a NASA astronaut along the way.

What makes this episode so fun are the little comedic moments. Data as he’s rolling a pair of dice and telling Riker: “Baby needs a new pair of shoes.” Riker’s over the top impersonation of a wealthy real estate investor. Worf’s confusion around the concept of room service. Not to mention all of the eighties fashion we see peppered throughout the casino. It’s cheesy in the best way possible. 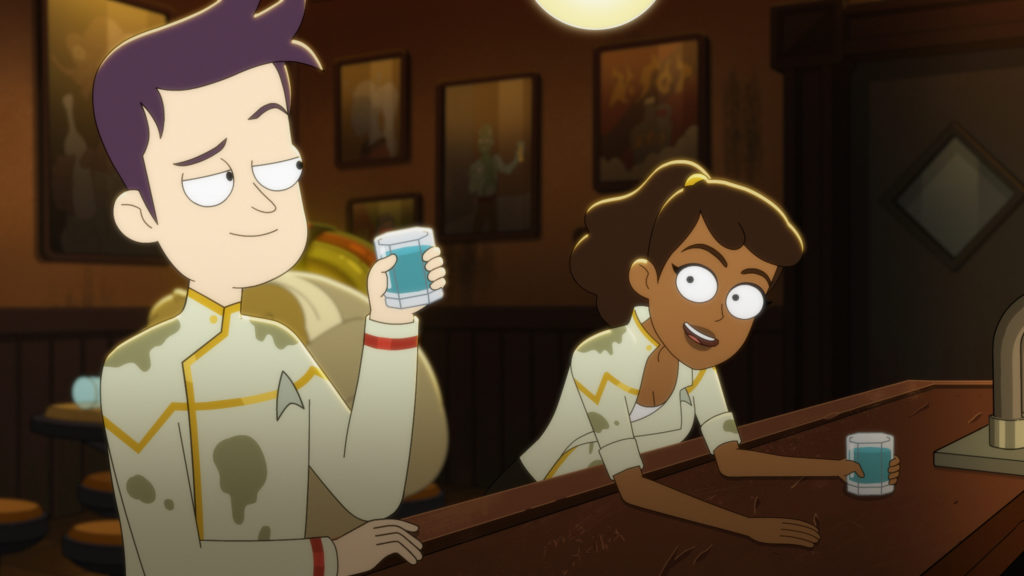 Okay, most of this season two episode of Lower Decks does not take place in a bar or casino. But it has one of Trek’s most memorable and touching bar moments, so of course it had to be included on this list.

In this episode, Captain Freeman is preparing to attend an exclusive party of high-ranking Starfleet officers. Mariner convinces Boimler, hoping to crash the party, to pose as Boimler’s transporter twin from the Titan to get them in. Shenanigans ensue and no one ends up actually making it to the party.

Near the end of the episode, Boimler and Mariner decide to go to a bar instead, where they talk through a lot of the difficult feelings they’ve been having lately, including the Mariner’s feelings of abandonment when Boimler left for the Titan. It’s then that the bartender tells them Kirk and Spock drank at that very bar years ago, when they were trying to crash the same party. In fact, they find Kirk and Spock’s names carved into the bar. Freeman and the other upper deckers join Boimler and Mariner, and Freeman notes that she’d rather spend time with her own crew than the party attendees, anyway. It’s a touching moment where we see how much the members of this crew really care about one another. And in particular, we’re shown that Boimler and Mariner’s friendship runs as deep as Kirk and Spock’s. 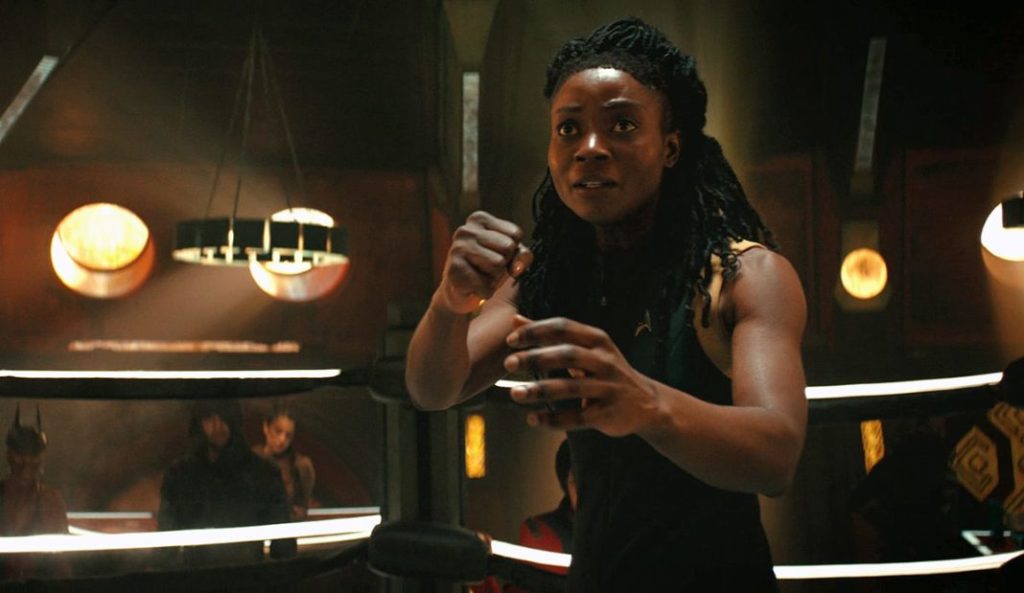 The episode that inspired this article comes from season four of Discovery. Book and Tarka head to the Karma Barge, a shady bar where no one is shocked to find gambling going on, to acquire isolynium in order to finish building the isolytic weapon they plan to use to destroy the dark matter anomaly’s controller. Michael and Owosekun make a bee line to try to get the isolynium first.

This is the first time Michael and Book have been reunited since Book’s decision to go rogue, and the fate of their relationship is hanging by a thread. What’s more, the fate of the galaxy itself is at stake, given the severity of the potential repercussions that could result from Book and Tarka destroying the controller. Few episodes of Trek have seen this kind of tension.

We also get to see Owosekun’s boxing prowess, which is just beautiful to witness. And we get to see just how many steps ahead Michael can think. Book and Michael play a game of Leonian poker, the bet being the isolynium. In a surprise twist, it’s revealed that Michael, knowing Book is a better card player, planted a tracker on the isolynium before the game even started.

We don’t often get the chance to see seedy bars like this in Star Trek, and it’s a lot of fun to spend a little time with some less savory characters. And the drama in this episode could not be more intense. 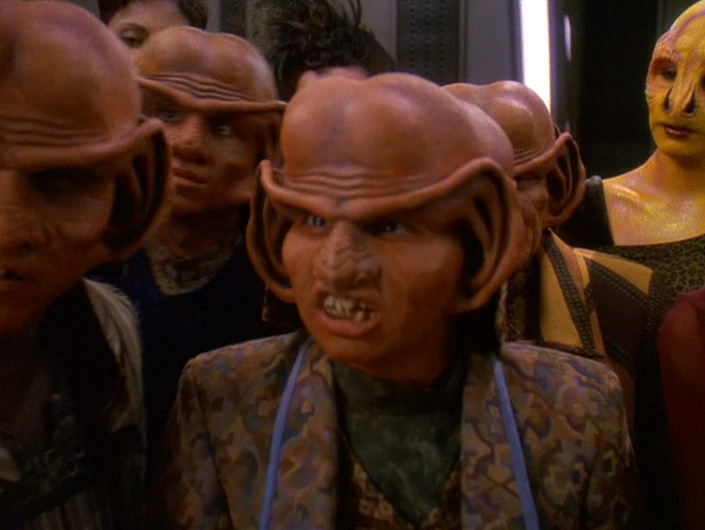 This is undoubtedly one of Deep Space Nine’s best Rom episodes – if not the best. In this season four episode, Rom rallies the employees of Quark’s Bar to form a union and demand better working conditions, including time off and sick leave.

This is obviously hugely significant, since unions go against everything that Ferengi culture stands for. So by forming one, Rom is not only standing up to his brother, but to his entire society.

It takes him a while to build the courage to do it. Early in the episode, Bashir proposes the idea of taking a stand against Quark’s exploitation. With a line that perfectly summarizes the experience of capitalism, Rom responds by saying, “You don’t understand. Ferengi workers don’t want to stop the exploitation, we want to find a way to become the exploiters.”

But once Rom decides to take action, he sticks to his guns. Despite his anger, Quark demonstrates how much he cares about his brother by trying to find a way to protect him from being severely reprimanded by the Ferengi Commerce Authority. Ultimately, this episode showcases how genuine the bond between the two brothers really is underneath their constant disagreements.

At the same time, it’s an episode that gives Rom an opportunity to begin to break away from Quark and stand on his own two feet. Yes, he shows Quark what he’s capable of, but more importantly, he shows himself. 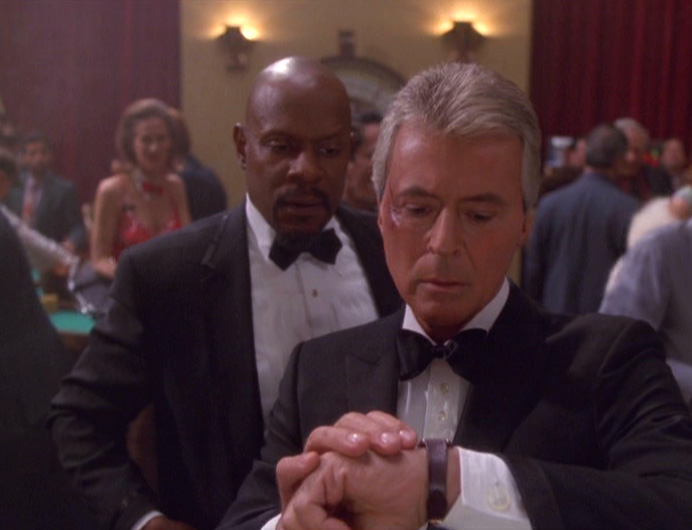 This one is pretty definitively Trek’s best bar or casino episode. This season seven episode of Deep Space Nine sees nearly the entire cast coming to the aid of Vic Fontaine. A “jack-in-the-box” buried in his casino’s program leads to gangsters trying to take over the establishment. The only way to prevent it from happening is to take action within the context of the program itself, as the gangsters can’t be deleted without wiping Vic’s memory. So everyone comes together to pull off a classic heist that’s just fantastic to watch.

It’s really lovely to see how much everyone cares about Vic. Nog in particular feels an attachment to him, as it was Vic who helped him work through his PTSD after losing his leg. Kira also mentions how much he influenced her life and Odo’s during the early days of their courtship. And Cassidy says he’s more like a friend than just a program.

What’s more, the episode tackles important issues of racism. At first, Sisko doesn’t want to be involved in the heist because he feels Vic’s program whitewashes the racism of the early 1960s, where it’s set. Indeed, when Cassidy tells him she has never felt uncomfortable in Vic’s bar, he responds by saying, “But don’t you see? That’s the lie. In 1962, the Civil Rights movement was still in its infancy. It wasn’t an easy time for our people and I’m not going to pretend that it was.” While he ultimately pitches in to help with the heist, his arguments are important and compelling.

Clearly, Trek has had some fantastic bar and casino episodes over the years. While they’ve varied widely in themes and tone, they all tend to be pretty memorable because they offer something of a departure from the kind of settings we’re used to. And really, anytime we get to see our beloved characters throwing dice or playing cards is a win!

1 comment for “The Best Bar and Casino Episodes of Trek”