It’s Star Wars Day! Trekkies and Star Wars fans really enjoy poking fun at one another, even though there’s an enormous amount of overlap to that particular Venn Diagram. For example, friend of the show (and co-host of Ceti Alpha 3) Darren Moser suited up in his 501st Legion stormtrooper armor – plus a TNG commbadge of course – at Star Trek Las Vegas this past summer. And I have named both my Sith (Saber Guild) and Jedi (Rebel Legion) personas after Star Trek characters – the back of my trading card even says “Live Long and Prosper” in Aurebesh.

All of that being said, we’d like to celebrate Star Wars Day by sharing some of our favorite Trek Wars cosplay mashups…

After defeating the Empire, Leia must have enrolled in Starfleet Academy… Where she met another “loveable scoundrel.” 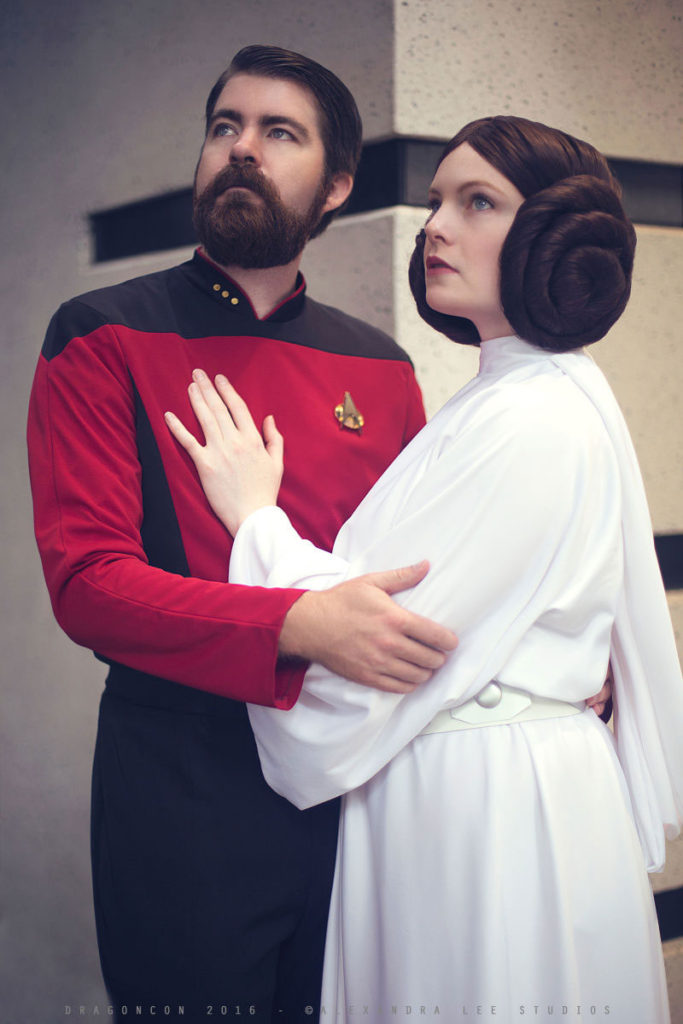 After all, the Jedi and Starfleet do seem to have similar missions. 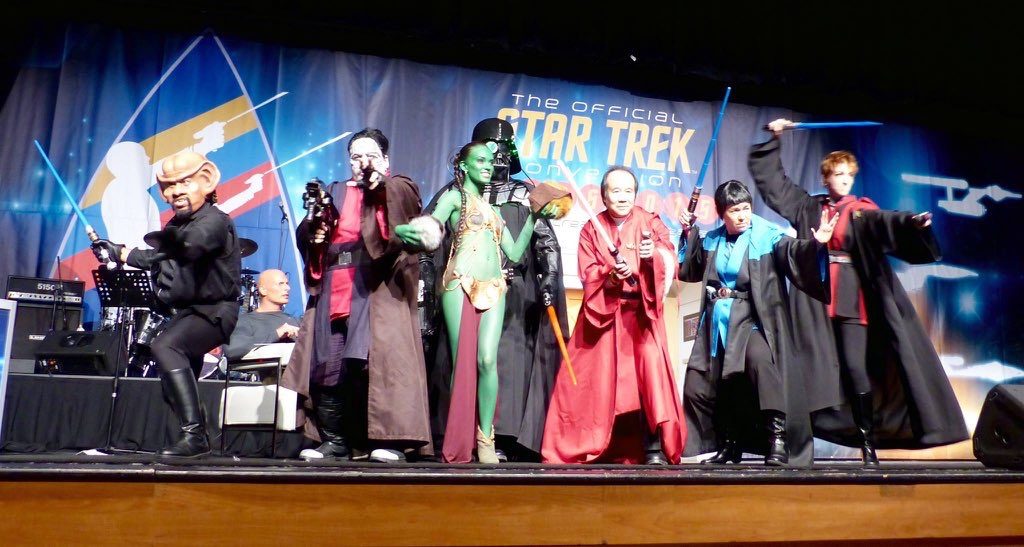 Unfortunately, nowhere in the galaxy is safe from the Borg.

Now there’s a crossover that we’d like to see! pic.twitter.com/OPSb3zda5U

It’s not “that guy” that wears Star Wars to a Trek convention & note his assimilation! #stlv50 #cosplay #darkside pic.twitter.com/rAzwlWup5j

But we might have a fighting chance with these ballerina Klingon Stormtrooper warriors on our side.

At least until our hero arrives.

What about a cameo in the new #StarWars , Mr. @GeorgeTakei?#StarTrek #Trekkers #HanSolo #mashup #HanSulu pic.twitter.com/GgorOxHXQN

← The Amazing Doctor Jones
Episode 58: The Right Choice for Your Job →