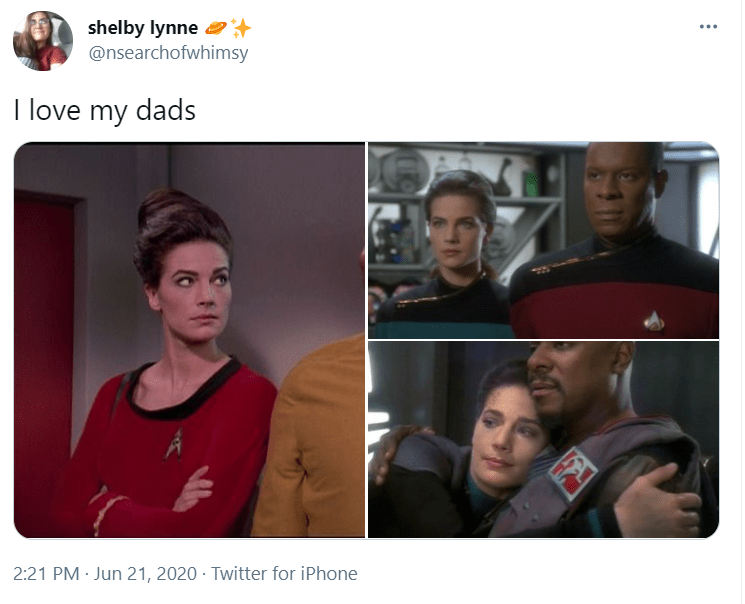 I try to stay off the internet on Father’s Day, but last year I caved and composed a single tweet. I love my dads it said, accompanied by three pictures of Benjamin Sisko and Jadzia Dax. Lockdown had brought my Trek obsession surging back, and I thought the joke was funny. I’m queering Father’s Day, it said. Please laugh and don’t ask how I am.

A few days later, I followed it up with pictures of Kira and Dax. Also my dads, the tweet read. This time, though, I didn’t do it to be funny. I did it because I knew my parents checked my social media sometimes, and I wanted to double down.

In other words, I did it to be mean.

I don’t make a habit of watching a specific episode on Father’s Day, but if I had to choose one, it would be “Lineage.” Watching B’Elanna struggle to express the enormity of the pain she carries thanks to her father’s rejection of her Klingon genes is cathartic.

When everyone around you is all one way and you’re not, you can’t help but think that something’s wrong with you, she tells Tom. I feel these words in my bones.

The episode wraps up too neatly, of course, but for forty-five minutes I feel seen. Deep Space Nine might be my favorite Trek, but it’s Voyager that homes my hurt. 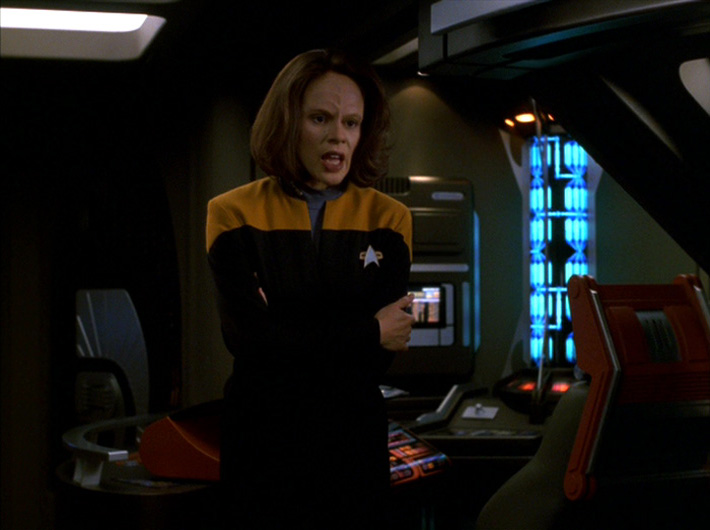 My dad was a good dad. He taught me how to plant tomatoes and when to harvest squash. He danced with me on Saturday mornings, twirling to the music of ABBA and Buddy Holly. He introduced me to Star Trek, starting with Deep Space Nine, and taught me the names I needed to know. He helped homeschool me and my siblings, took us to the library and helped us pick out biographies, made a collage of all the people we’d read about and hung it on our schoolroom wall. All of this while working three jobs to put himself through grad school and support his wife and kids. He was a good dad.

But he also had this way of making me second-guess myself. Of dismissing my intuition. Of downplaying my frustrations and my anger and my hurt. For every topic he encouraged me to explore, there were five more he liked to shut down. I didn’t raise you to be an angry feminist, he said. I had no clue about your personal struggles and subsequent lifestyle choice, he said. This is going to make you push me further away but I’m your father so it’s my duty to say it anyway, he said. Your sister thinks highly of you and believes everything you say is the unquestioned truth, he said, therefore, we just do not feel confident with her spending time alone with you.

And so I cut him off.

“Lineage” was one of my favorite Trek episodes in high school, though back then I had no way of knowing that B’Elanna’s estrangement from her father would soon reflect my own. Or maybe I did. I didn’t know that I was gay, but I knew I loved Jadzia and B’Elanna in ways I couldn’t talk about with anyone, least of all my dad. I knew when he warned me about “the lesbian kiss episode” of DS9 that I was going to watch it anyway, alone. I knew that there was something I recognized in B’Elanna as she stood in Sickbay and tried to make a case for why she needed to erase herself from her unborn daughter’s face.

Maybe, like stress fatigue on a bridge, that crack was already between us, just taking its time to show.

It frustrates me that Father’s Day falls in the middle of Pride, because no one—least of all me—wants to make room for heartbreak. We experience so much of it all the other months of the year that it feels like a waste to spend even a minute with our pain.

And yet. Father’s Day. Every June it’s on my doorstep, like a salesman pitching grief.

A few weeks ago, I returned to my hometown. I went to visit some very dear friends, and I took my polycule with me. My friends lived where I grew up, which was already strange enough, but bringing this thoroughly queered version of family with me dialed the situation from weird to bizarre. Here I was, walking the sidewalks of my childhood alongside my girlfriend, my metamour, their toddler, and my best friends. Never in a million years would I have imagined this life for myself. And yet, as I stood on that lawn with my people around me and pointed to the window where my dad sat me down and introduced me to Deep Space Nine, I couldn’t help but think what a good life it had become. 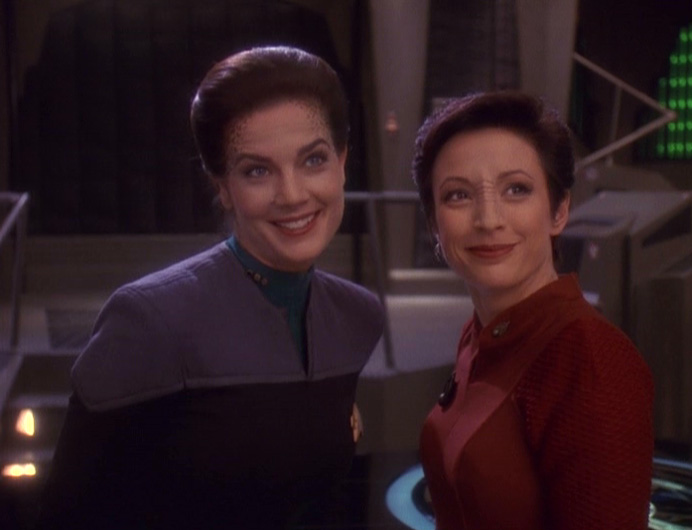 I love my dads. I’ll tweet this Father’s Day, alongside pictures of Jadzia, Sisko, Kira, Hugh, Stamets, Reno, Raffi, Picard. Not because I’ve forgiven my father, and not because I want him to see, but because no matter how hard I try to change the narrative, he’s still going to be there, laced up in my love of these characters. Complicating my understanding of what it means to celebrate Pride.

← Conventions are back: Can we make them harassment-free?
“I Don’t Want to Like Her”: Dabo Girls, Playboy Bunnies, and the Importance of Sex Work →