Star Trek has had many memorable guest stars over its various iterations. Some were one shot characters who only had one appearance, such as David Ogden Stiers as Doctor Timichin in The Next Generation episode “Half a Life” while others were characters who had a major role in series arcs, such as Jeffrey Combs as Brunt, several Weyoun clones in Deep Space 9 andThy’lek Shran in Enterprise. However, there are several other performers who could have been in Trek, but were never cast in any iteration prior to the performer’s death.

Five particular performers who could have left an impact on Trek even in minor roles are given below in series order with some role or character suggestions included.

Since her fellow Batman co-stars Julie Newmar, Yvonne Craig, Joan Collins, and Frank Gorshin also had guest roles in TOS (“Friday’s Child”, “Whom Gods Destroy”, “For the World is Hollow”,  and “Let That Be Your Last Battlefield” respectively), Eartha Kitt would have fit in perfectly and could have provided much better representation than the two main women guest characters of color, Miramanee and Elaan (“The Paradise Syndrome” and “Elaan of Troyius”), who were mainly presented as love interests instead of fully fleshed out characters. Eartha Kitt’s character could have been a competent leader of an alien planet who stood up to adversity without being hypersexualized. Another option would be to include her as a fellow leader alongside Dr. Sevrin in the episode “The Way to Eden,” who desired to find Eden for a different reason. Performing with Spock would have utilized  Eartha’s musical talents while her presence would have added complexity to the plot. A third option could have been to have her be a relative of Uhura who worked on a different ship, but came onto the Enterprise for a specific mission. Not only could both Nichelle and Eartha used their musical skills in a scene set in the rec room, but this would have given Uhura more character growth as they could have played off each other and revealed more about Uhura’s life outside of the Enterprise. TAS could have been a great place for this as her vocal performance decades later as Yzma in the animated feature The Emperor’s New Groove proves. 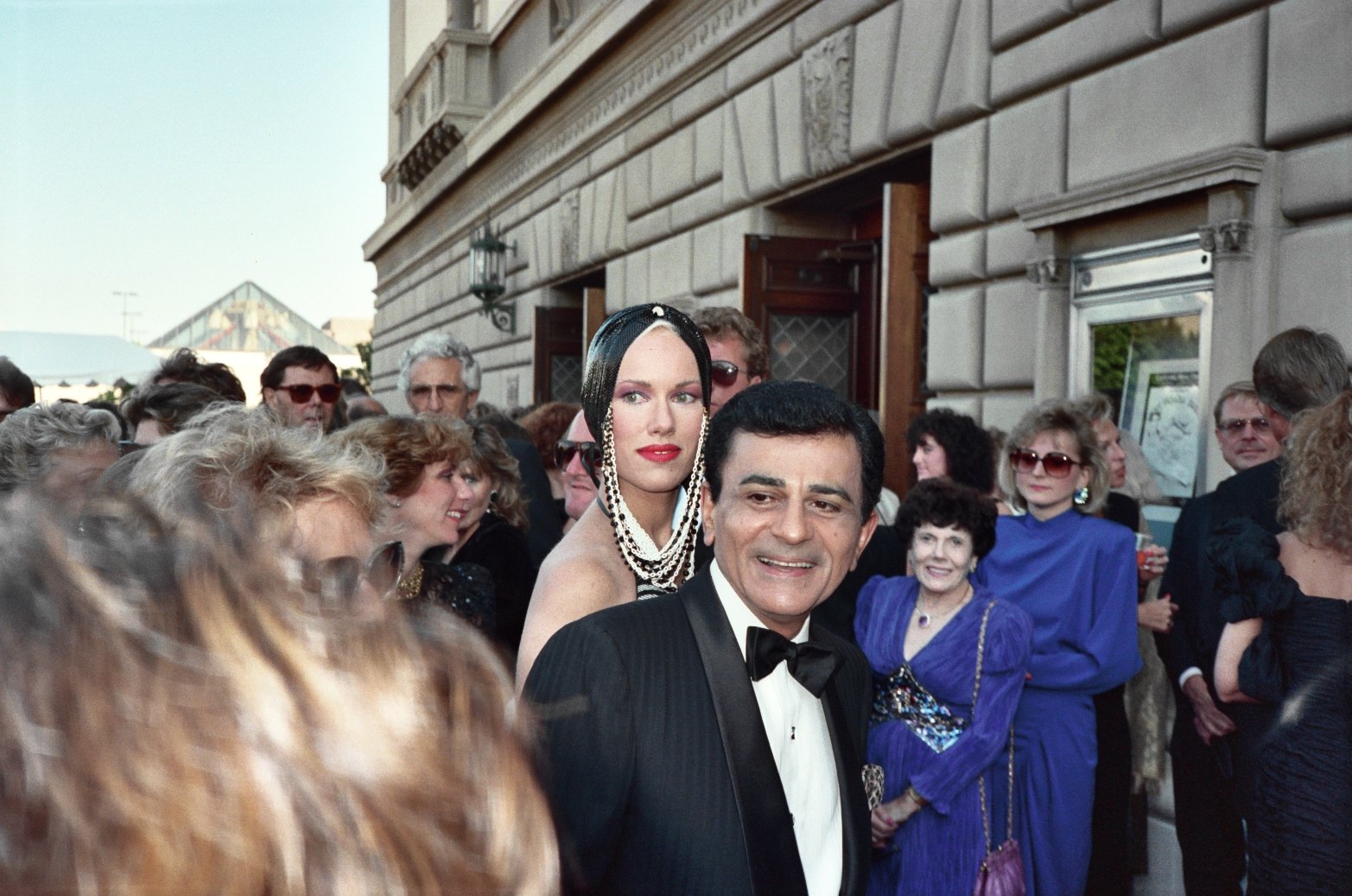 Radio host Casey Kasem spent most of his voice acting career voicing Caucasian characters for Filmation, including Alexander Cabot III in various Archie cartoons, Dick Greyson aka Robin in several Batman cartoons, and Norville ‘Shaggy’ Rogers in the Scooby Doo franchise. Yet Kasem was Lebanese and could have provided much needed positive Middle Eastern representation for Trek. Kasem worked to promote better representation of minorities in media, including protesting some of the depictions of Arabic culture in the Aladdin franchise. He could easily have helped write an episode focusing on a Lebanese crewmember as well as providing the voice, or helped create an alien species that utilized Lebanese culture without othering it. Kasem’s veganism could also have been an avenue for his character as a scientist who helped develop the vegetarian proteins that were favored by the replicators in TNG. Kasem or his character could have advocated for veganism, which was so important to him that he left the role of Shaggy in the 1990s until Shaggy was written as a vegetarian in What’s New Scooby Doo?.

Beloved Japanese American activist and performer Mako may be most recognizable to modern audiences as the voice of Uncle Iroh in Avatar the Last Airbender or as Aku in Samurai Jack, but he spent decades of his life advocating for better representation of Asian Americans in media, including creating a theater troupe to highlight Asian American talent in more respectful roles. Mako could easily have stepped in as an admiral Picard worked alongside on one of the many episodes featuring Picard’s love of culture and archaeology, exploring a culture that shared similarities to Japan while informing the audience about Japanese culture. Since Mako originally came to the United States to study architecture, possibly Picard could have noticed unique architectural features and called up Mako’s character to discuss them and had his character join the crew on the Enterprise to aid in research.

Trek has consistently struggled with Native American representation for decades. The consultant hired for Voyager, Jamake Highwater, was revealed to be a man born with the name Jackie Marks, with no Native American ancestry, who provided false information to the Trek writers. His advice left Chakotay, the character meant to be as significant to Native Americans as Uhura and Sulu were to the African American and Asian American communities, with no distinct Native American culture. Several Native American performers were active in other series on other networks concurrent to Voyager’s run, such as Doctor Quinn Medicine Woman, and as a consequence the show had great Native American representation. One of the most well-known performers, Larry Sellers, taught the Osage language and performed stunts alongside his prominent role as Cloud Dancing. While having a romance with Janeway would be too similar to the main romantic arc Cloud Dancing had in DQMW, Larry Sellers could have portrayed a Native American Maquis or Starfleet officer who helped reveal Seska’s treachery before she aligned herself with the Kazon. Another option would have been to portray an admiral on Deep Space 9, where he could not only have been much needed positive Native American representation, but been one of the rarest characters – an admiral who did not have ties to Section 31 or somehow betray Starfleet’s principles. As he was also a stunt performer, his character could easily have been written as someone who stood up to Gul Dukat or the Jem’Hadar.

Trek often explored gender norms and gender identities – whether having women shown as equal to their male crewmates or creating alien species that did not have a gender binary – but it could have done so much more to explore gender expression or identity. Alexis Arquette could have brought her experiences as a transgender woman to help write better representation of the trans community in Trek. As Voyager was set in the Delta Quadrant, previously unexplored by Starfleet, this could easily have yielded opportunities to establish beings who did not have a strict gender binary or beings who could transition. Alexis Arquette could have been the leader of a species that helped Voyager escape the Kazon warships or worked to end the Phage that was killing the Viidians, allowing Janeway and the crew to learn about the Delta Quadrant without worrying about battle or organ harvesting.

Trek has utilized many great guest stars for decades, but it’s fun to imagine the  potential guest stars who could’ve brought their positive impact on Trek. As multiple Trek series are now being produced concurrently, many performers are able to guest star. Hopefully, the crew behind the new Trek series will be able to work with their guest stars to help create better representation and live up to IDIC more than ever before.